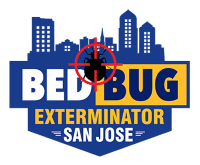 Stink bugs or brown marmorated stink bugs are common in our area. The invasive pest is from Asia, but it has been impacting San Jose CA residents for many years. As you’ve likely guessed, the brown marmorated stink bug will release a foul odor and turn your dwelling into a stinky mess. It tends to do this when it is scared, or it gets crushed. In the United States, the first stink bugs were found in Pennsylvania in 1996. Today, they can be found across the United States. They’ll try to enter your home in the fall because they’re part of the overwintering pest category.

Stink bugs want to enter your home so they can stay away from the frigid temperatures of winter. In fall, they’ll try to slip through the smallest cracks of your outer walls and invade your home. Once they’ve settled into your home, they’re going to stay put until the warm weather returns. Then, they’ll try to go back outside.

Some pests are dangerous. Thankfully, stink bugs do not fit into this category. They’re not dangerous at all. They are a nuisance, but they’re not going to transmit illnesses or bite. You’ll need to think of a clever way to remove them because they could release a foul odor in your home.

How To Eradicate Stink Bug Infestations

Stink bug infestations can be difficult to handle on your own but working with an exterminator will make it significantly easier. Remember that DIY methods could be dangerous and ineffective when used incorrectly. Therefore, you should hire a qualified exterminator. Doing so will put your mind at ease and rectify the problem before it worsens. Contact our San Jose office and we’ll take care of the issue right away.

Although there are several DIY stink bug methods, many of them aren’t worth it. They could be inefficient, unsafe, and difficult to administer. We believe working with a professional is the best solution. A professional’s services will be easier and safer.

The cost of our service varies significantly. In many cases, it depends on the size of your dwelling. Our standard pricing policy means the price is based on the size of the client’s dwelling. We’ll send a technician to your home to analyze the situation. Once they’ve done that, they’ll give you a bid price.

It can be tough to keep these pests out of your San Jose CA dwelling. However, you can eliminate some of their entry points. Properly seal your home’s outer walls. If you do this, they won’t be able to find places to enter your home.

If you have any other pest control issues please check out other services.

What Scent Keeps Bed Bugs Away